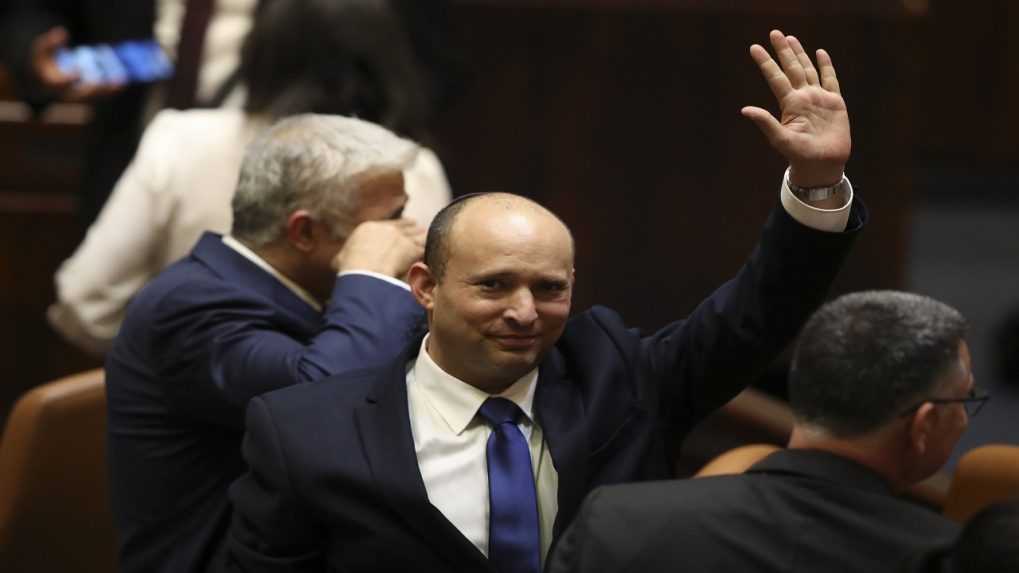 After two years, four elections and attempts at coalition building—Israel has a new government, unlike any in the past 12 years. For one, it does not include Benjamin Netanyahu, who, as Israel’s longest-serving PM, has governed continuously since 2009. Second, the government comprises several unlikely partners—the far-right Yamina, the centre Yesh Atid, left parties and for the first time—the independent Arab Ra’am party. This seemingly fragile coalition is maybe just what is needed to restore stability in Israeli politics.

United in their opposition to Netanyahu, agreeing on the need to disrupt the Israeli-Palestinian status quo and avoiding extreme shifts in major policies—Naftali Bennett and Yair Lapid have a unique chance to re-focus on issues of governance, economy, post-pandemic recovery and changed regional geopolitical realities.

On 13 June, Bennett, an extreme right, former settler leader, was sworn in as the PM of Israel. He allies with the experienced consensus builder, Yair Lapid, who will replace him as the PM in 2023 and is currently the Foreign Minister. In his first speech as the opposition leader, Netanyahu called this a dangerous government and said it would be ousted soon. The facts bear him out on the second allegation—his Likud party emerged as the largest party in Knesset in the last general elections in March 2021. Bennett was crowned the PM with a slim majority of 60-59 in the 120 member Knesset. It is a fragile coalition with religious nationalists, secular centrists and actors that are pro and anti the Palestinian/Arab cause.

Despite the contradictions, this motley group seems to be an alliance whose time might have just come. Though Netanyahu is credited for some bold moves—the Abraham Accords, for instance, he has emerged as a part of a problem destabilising Israeli politics. With his ongoing corruption trial, pandering to the extreme right base and dwindling popularity amongst sections—it was his political survival rather than the need for reforms and governance that were guiding policy.

In the last year, there have been regular anti-Netanyahu protests over the dwindling economic and job prospects as sections of the population felt that the PM was more interested in saving his position than handling the pandemic. On the foreign policy front, his politically motivated hard stance on the Palestinian issue, especially the recent 11-day conflict, left even the allies with no defence.

Besides the human cost involved, the Centre Bureau of Statistics estimates that Israel’s economy contracted by 6.5 percent in the first quarter of 2021. This despite the positive sentiments after a rapid vaccination rollout and almost full re-opening of business after a third lockdown in March 2021. Amongst other contributors, the Israel-Hamas conflict is said to have cost the Israeli economy $61 million a day. The price for Netanyahu‘s quest to remain in power—civil unrest, protests and conflict in the region—was destabilising the Israeli economy.

At a global level—years of cozying up to the Republican party and a Christian evangelical base saw dwindling support from the Democrats and some young American Jews. At the regional level, UAE, Saudi Arabia and other regional powers just coming out of the COVID-19 induced economic issues could not have afforded an escalating conflict in the region. But most of all the political ambitions of many of the new coalition leaders require Netanyahu to be de-throned.

But Bennett and Lapid will require wisdom and patience to navigate the challenges of governance. Israeli politics in the short-mid term is likely to be a mix of continuity and change with the government seeking to avoid any sweeping policy changes. Internally the emphasis will be on providing stability needed to address issues of unemployment and economic recovery. Externally Bennett will continue opposing the Iranian deal, seeking rapprochement with other regional powers and re-setting the relationship with the US back to its bi-partisan tones.

Two key differentiators are likely to be:

Whether a focus on stability and centrist policies while remaining steadfast on issues where there is a consensus (e.g., Iran, Hamas) can help the coalition manage its contradictions and complexities will remain to be seen. However, extreme policy swings can be modulated in the short term, preventing sudden triggers of unrest and conflict in Israel and the broader region.