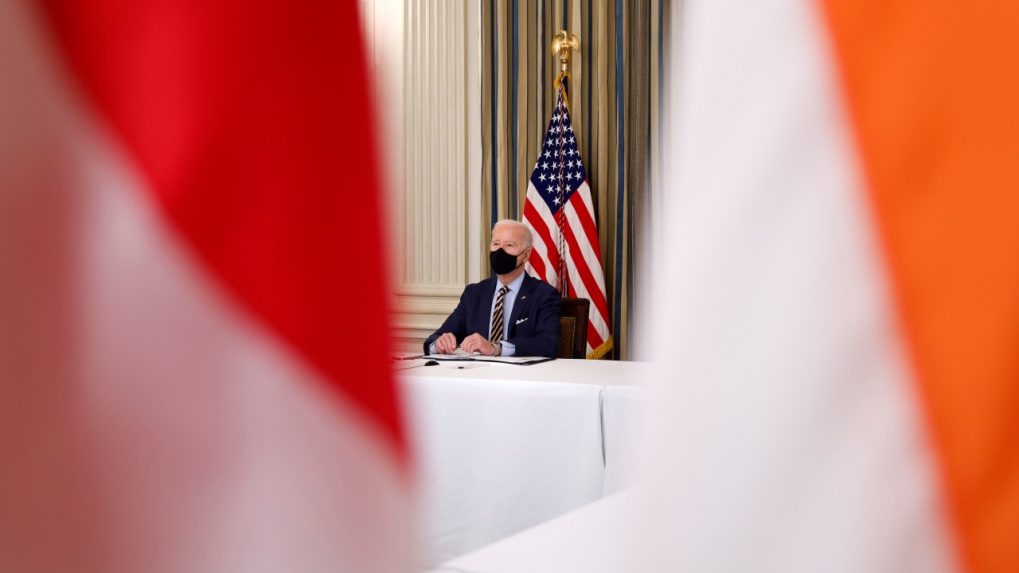 The Quadrilateral Security Dialogue (the Quad) is in the news once again with the visit of high-ranking US officials to Asia this month – most particularly Secretary of state Anthony Blinken’s trip to India. An informal grouping of India, Australia, the US and Japan, the Quad had been unable to find a sine-qua-non of existence since its formation in 2004, mainly as a tsunami relief effort. However, President Biden’s election breathed a new life into the collaborative effort.

In the last few months, Biden’s officials have held strategy meetings with the members to expand Quad’s relevance beyond the obvious military counter to China. The issues pivot around China but are being navigated through a broad spectrum – Covid-19 vaccine cooperation, expanding the regional infra, improving the resilience of supply chains, handling the ‘debt trap’ diplomacy and technological collaboration.

Question marks have often been raised on how much the Quad can do given that the four-member states differ in threat perception, military capabilities, priorities and risk tolerance. For India, its land border with China is of strategic importance, which the Quad members have often overlooked. The intertwined Sino-Japanese supply chains have led Japan to soften its stance on contentious issues. US’s commitment to the region has waxed and waned in the last few years. Till recently, Australia was largely dependent on China as a critical trading partner, especially for its mineral resources. However, as China consolidates its challenge to the ‘rules based order in the Indo Pacific’ – convergences are emerging among the Quad members. As Quad members seek to coordinate action and China reacts to the perceived ‘containment,’ these developments will have immediate geopolitical repercussions.

The emerging result is the beginning of a dangerous brinkmanship game in an area where large amounts of energy supplies and commodities reach to and from the biggest industrial and consumer economies. For instance, one-third of the world’s shipping traffic passes through the South China Sea. Increased public belligerence on both sides will erode the room for back-channel negotiations or trust-building, increasing the chances of accidental/inadvertent escalation.

With the US and Japan signaling the intent to defend Taiwan in case of Chinese aggression, Chinese air incursions into Taiwan’s airspace have acquired a ferocity and periodicity not seen in the last 30 years. War in the Taiwan Strait is now a real possibility gamed by the US intelligence with massive supply chain impact. Plus, these maritime areas are highly militarized zones – including trained militia (e.g., China’s “Little Blue Men”) whose actions countries’ cannot control at all times.

A recent incident in the South China seas demonstrated the dangers of accidental escalation. In March, 200 Chinese naval militias entered the territorial water claimed by the Philippines (around the Whitsun reef). This prompted the military build-up by the Philippines and a Freedom of Navigation operation by the US that pitted the USS Theodore Roosevelt carrier strike force against Chinese aircraft carrier the Liaoning.

As tensions increase in the maritime waters – the repercussions are felt on land through nationalized protests, attacks on infrastructure and cyber-attacks on companies of ‘offending countries.’ Examples abound – in 2012, anti-Japan protests broke out in China after Japan purchased the contested Senkaku (known as Diayou in China) islands in the East China seas from a private owner. The Chinese people boycotted Japanese automobile products leading to a decline in sales. In 2014, there were protests and violence in Vietnam’s Binh Doung after China placed an oil rig near disputed Paracel islands. Recently, economic relations deteriorated between China and the Philippines after the Whitsun Reef incident.

In itself, the Quad is unlikely to counter China’s influence, at least in the short term, given the internal differences and the counter levers that China holds. But what the grouping is likely to do (in conjunction with other efforts) is complicate the already existing tensions in the region and internationalize the brinkmanship game. As Quad members try and expand the focus from security to technological and economic cooperation and human and labor rights, stakeholders would do well to understand the geopolitical risks, diversify supply chains and craft operational contingency measures.

As Merkel steps down, what’s next for Europe?