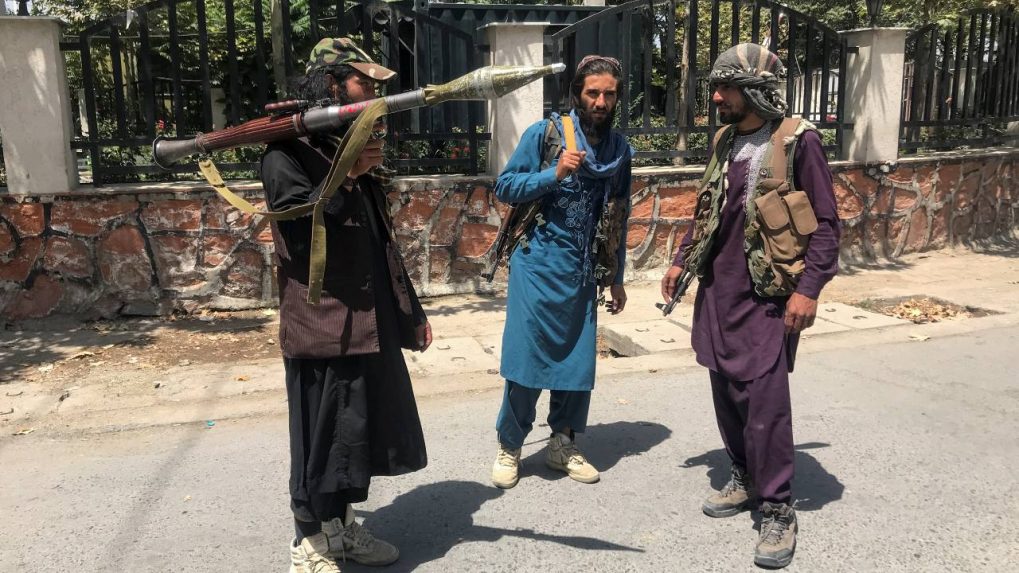 In the current scenario, doomsday theories on Afghanistan are abounding. Let me begin with three ‘controversial’ submissions. First, I am surprised that people are amazed that the Taliban has overrun Afghanistan since the US troop withdrawal began. Second, I think the US is right in pulling out of Afghanistan because their presence did not improve the situation, though the planning should have been robust. The US has to manage more critical theatres of geo-politics, APAC being the foremost. And last — nothing is going to collapse in Afghanistan or the larger region. 2021 is a different landscape from the 1990s — it’s a Taliban amidst a different regional and global landscape and divergent security priorities.

So how will the situation play out? In the past few years, the Taliban has shown itself to be the only power capable of establishing control in the most crucial parts of Afghanistan. This is not because they are superior to the ANDSF (Afghan National Defense and Security Forces), but because the Afghan government took the US presence for granted and never put in roots or got popular support from across the nation. The US saw this ‘writing on the wall’ as they sought to legitimize the Taliban, especially since the Doha events from 2017.

For the regional stakeholders, stability is paramount, which can occur when one side emerges as a clear winner. The withdrawal of US forces will compel them to take the burden for stabilizing the situation. China has the infrastructure (Belt and Road), resources and now increasingly military and counter-terrorism investments in Afghanistan (including the Wakhan base). Both Russia and China have a stake in tempering down the Taliban‘s Islamist tendencies as they seek to protect their Muslim majority areas. It was no wonder that one of the first Taliban envoys interacted with China to assure that Eastern Turkistan Islamic Movement (based in Xinjiang province) would not be given a haven on the Afghan territory.

For Middle East countries like Saudi Arabia (earlier a source of funding and ideological support for Islamic groups) and UAE – fundamentalist groups can now be a threat as they seek to diversify their economies from hydrocarbon reliance and protect their monarchies. For Iran, any influx of Sunni refugees on its eastern border is not an ideal situation which instability in Afghanistan can cause. Taliban by support or elimination is acceptable to most stakeholders in the region provided it can control its fundamentalist impulses.

Pakistan remains committed to the Taliban cause and will seek to use them against Indian interests, but its dependence on China and Russia will limit its goals. India will likely use its own channels to communicate ‘red lines’ to the Taliban.

Taliban seems to realize that any adventurism in the form of support to terror groups will compel the western powers to take action endangering the control of their territory. While the transitional instability can lead to a resurgence of terror groups in some areas, the Taliban will not want to be an international pariah again by letting AQ use their soil for launching global terror attacks.

ISIS as of now is a spent force and has remained confined to the Khorasan province. The main US and NATO interest in the area, i.e., counter-terror operations, can be handled by their remote monitoring capabilities and technological devices. ‘Foreign’ forces in Afghanistan actually impeded breaking the status quo and establishing some form of state-building.

Based on the above stakeholders and their motivations, two scenarios emerge. First, the Taliban will gain ground in key provinces, including Kabul to form the government with the blessings of Russia and China. Countries like India will start back-channel negotiations and try to cover the lost ground. The US (and other stakeholders) will use their air power or international pressure to stop the blitzkrieg, forcing talks with the existing Afghan government.

Some officials will be accommodated in a diluted form of a unity government, others will seek asylum abroad. This does not mean that there will not be a backslide in women’s rights and attacks on minorities within Afghanistan but that the nation’s soil is unlikely to be used to harbor terrorists or launch global attacks. This sort of Taliban rule will be ‘acceptable’ to the West.

The worst-case scenario is amplified in the international fora today — A Syrian-style ‘descent into chaos’ with the country being split into multiple camps. A ruling Taliban, opposing warlords and minority groups and a 1990s Taliban regime for women creating instability that provides a haven for regional and global terror groups. A lot will depend on how stakeholders play their cards; however, this seems like an exaggerated scenario.

Unlike in Syria, as the Taliban takes over massive areas and militias (second rung of defense for the Afghan government) form opportunistic alliances with them, the winner is clear. Also, while the Taliban will hold ‘haven for terror groups’ as a trump card in negotiations with stakeholders, there is a hope of a different outcome for the reasons mentioned above.

We are still away from any conclusive outcome and till then, the violence will keep increasing as the Taliban seeks to strengthen its political position. Despite the bleak situation, there is a rare opportunity for stakeholders to do things differently in Afghanistan. The first step is to pressure the Taliban to stop violence and human rights abuses in the territory. Afghanistan can be a gateway to several infrastructure initiatives — BRI, India’s connect to Central Asia and Russian interests.

Development incentives can go a long way in tempering radical forces. Taliban/warlords/local vested interests will also not find it easy to re-enact a situation in the 1990s. A generation of young, urban Afghans grown up in a relatively ‘liberal’ order and exposed to Western standards will not relate to the Taliban orthodoxy. What is needed is for the stakeholders to agree on a common side, work to build consensus with others and induce stability and economic growth with resources and incentives.

As Merkel steps down, what’s next for Europe?